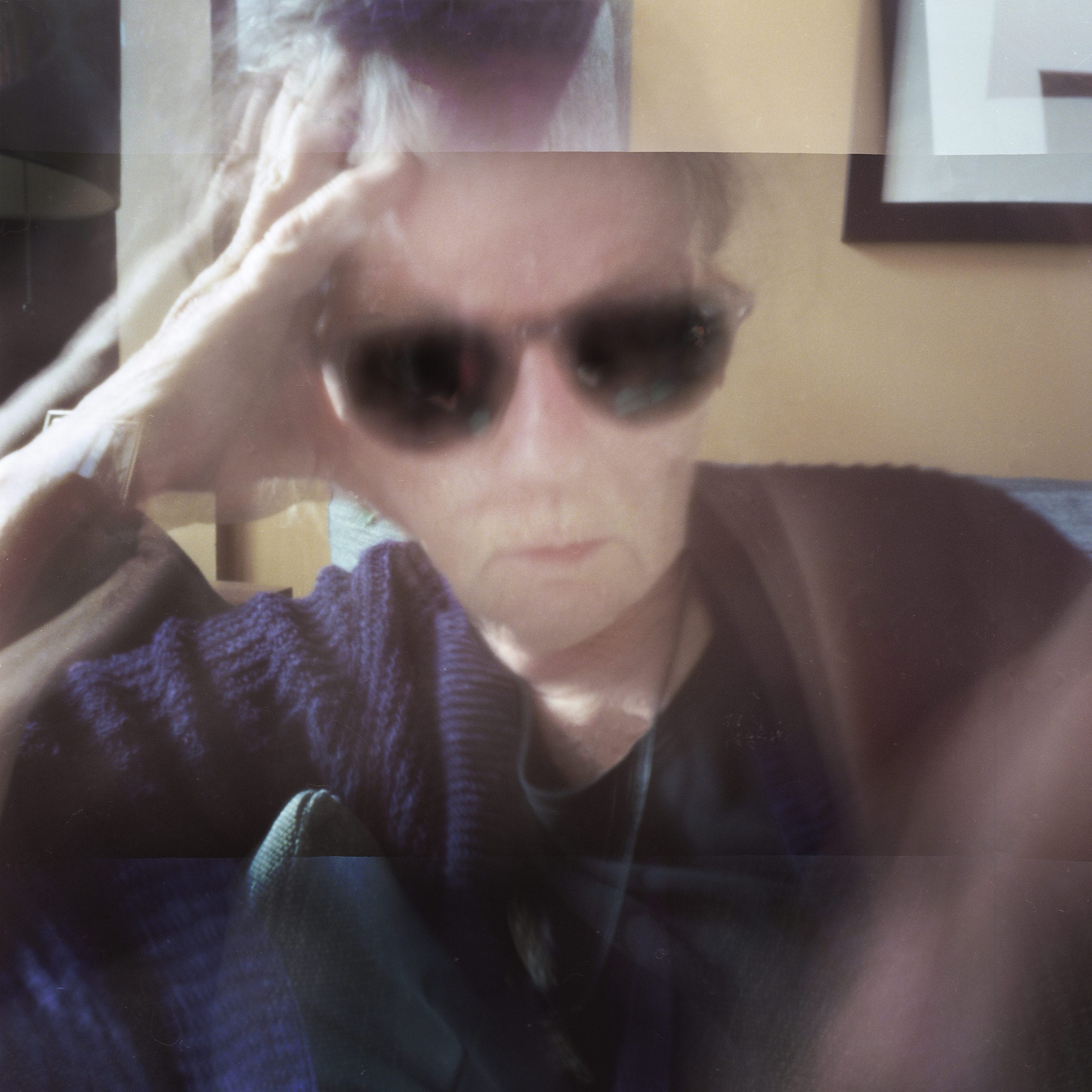 Each year about this time, Photographic Center NW has a fundraising event (https://www.pcnwchasethelight.org/).  In the past it has been called Long Shot.  This year it is called Chase the Light, which is what we photographers do.  Anyone can  shoot during a  48 hour period (last week) and one week later there is a pop up show at the Center where the images which were shot all within the same time period are for sale. This Saturday (June 15th) is the pop up show.  Worth seeing and a great way to get inexpensive work and support the Photographic Center NW at the same time.   I am happy to donate work to the Photo Center, a good place that I have been a part of for years.  For me, the timing on this event is always rough:  the shooting time coincides with the Georgetown Carnival, a wonderful celebration and street fair in my neighborhood.  For the last ten years I have worked the Spin Art booth and for the last three years I shot for the PCNW event while working at the Carnival.  This year, I wanted to make some portraits with my 120 zero 2000 pinhole camera.  I knew they would be a bit blurry since the exposures were about ten minutes long.  But my subjects held still and I set the camera so that it seemed like I was taking a rectangular  image but I advanced the camera as if I were taking a square image.  That meant no lines occurred between the frames on the negatives, a fact my scanner did not like at all.  But a fact that I love.  It made for some interesting combinations with images butted up against each other and I am happy to report that I made some images which are new to me.  Exciting.  So here are four from two rolls of 120 color negative film.  Hope you like them as much as I do. 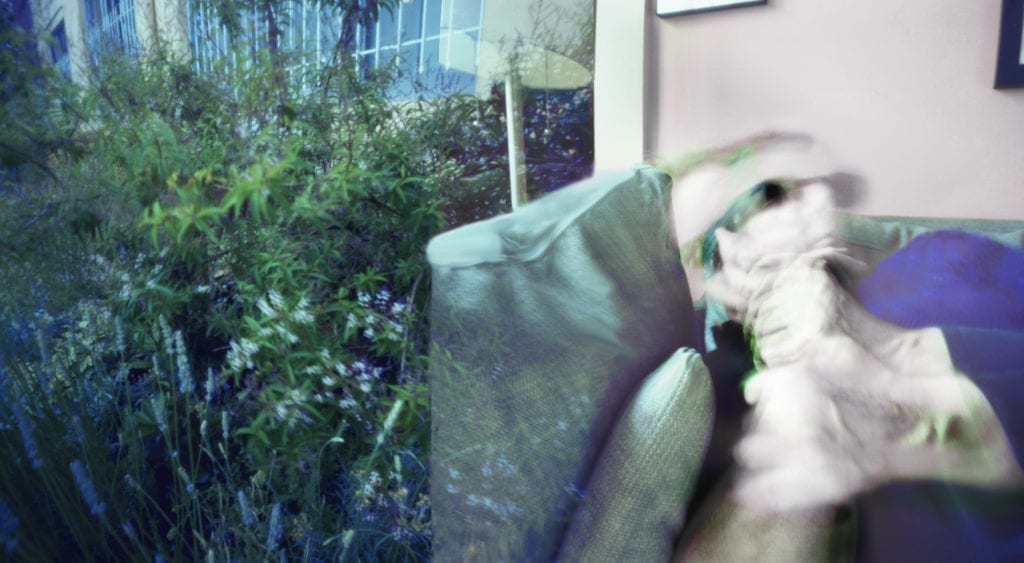 Self Portrait (from the series, Inside Out) 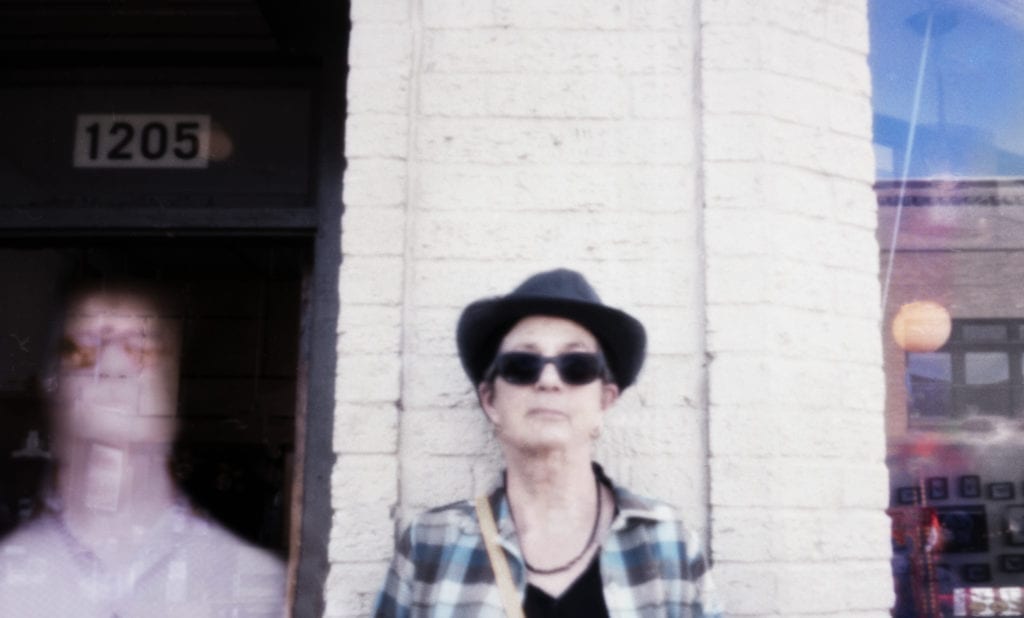 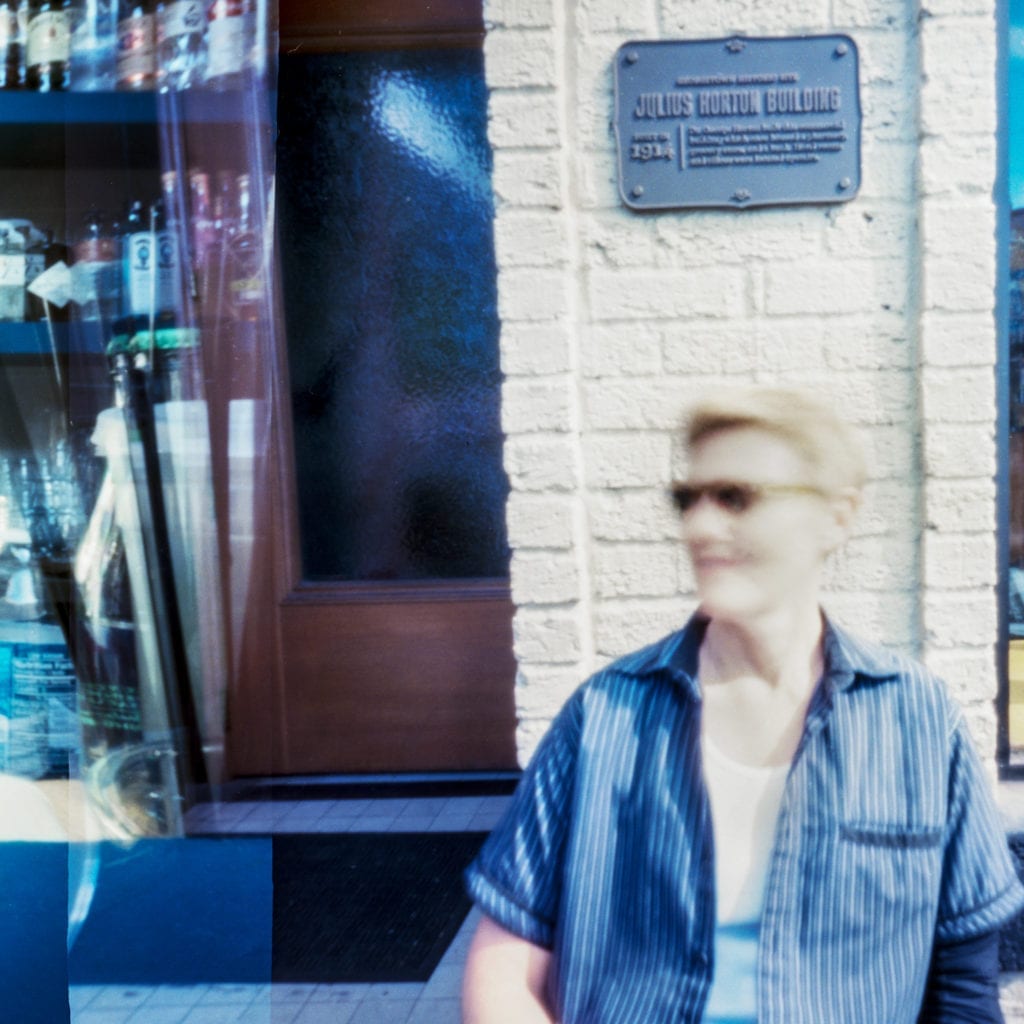 Featured image is also a Self Portrait, without an adjacent negative.  The Self Portrait above, with the garden, titled, I Dream of Green, is the one in the pop up show.