Today when I got to work, I found the pinhole camera the students and I  had put out on 12.21.2012  intending to leave it up  until 6.21.2013, solstice to solstice.  At some point, the camera  fell off the wall.  The tape and metal were both wet, the pinhole rusty and face up in the newly mowed grass.  I could feel water sloshing inside.  But scanned!  The 81 day exposure revealed  a vast trail  of the sun rising and setting, forming an ever larger arc across the sky, incredibly beautiful.  I am positive that vivid sun trail did not exist in reality, that such brilliant light was not visible to me as I went to work five days a week for those 81 days.  Tomorrow,  we hang up another camera in the same spot and hope it makes it to the solstice.  Stay tuned in another 90 days, for the the second half of the solstice series.  In the meanwhile, here are a couple more long exposures….

The first image is by Maggie Miller, the second image by Nicole Mingo. 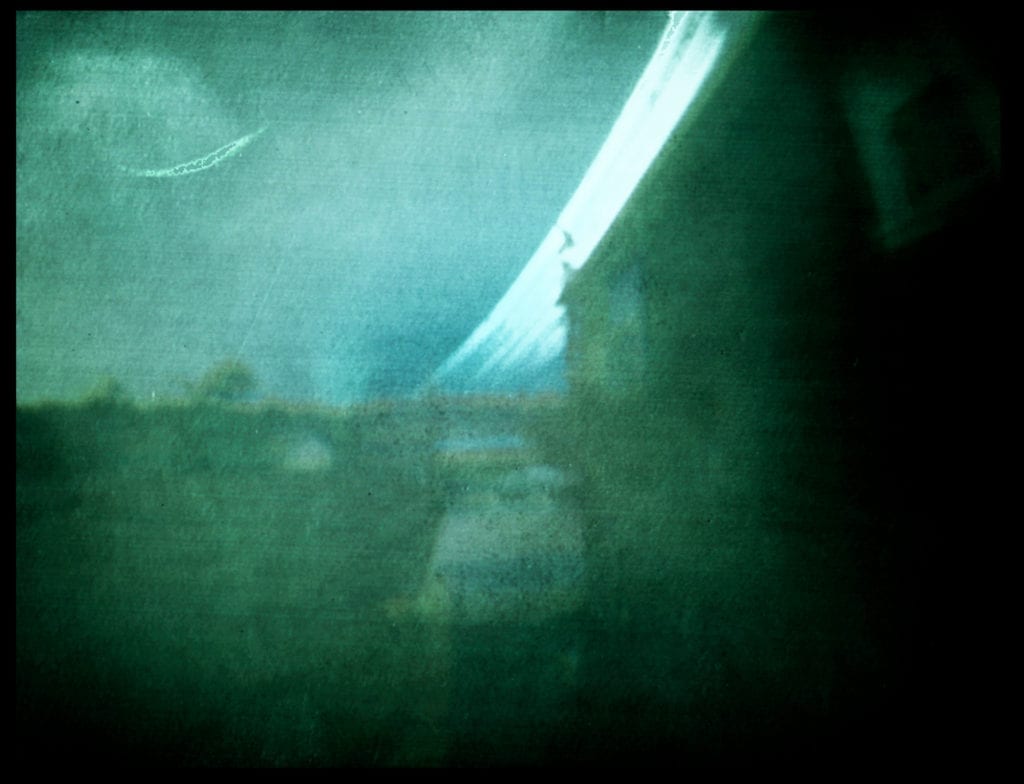