Long Shot and the Pinhole 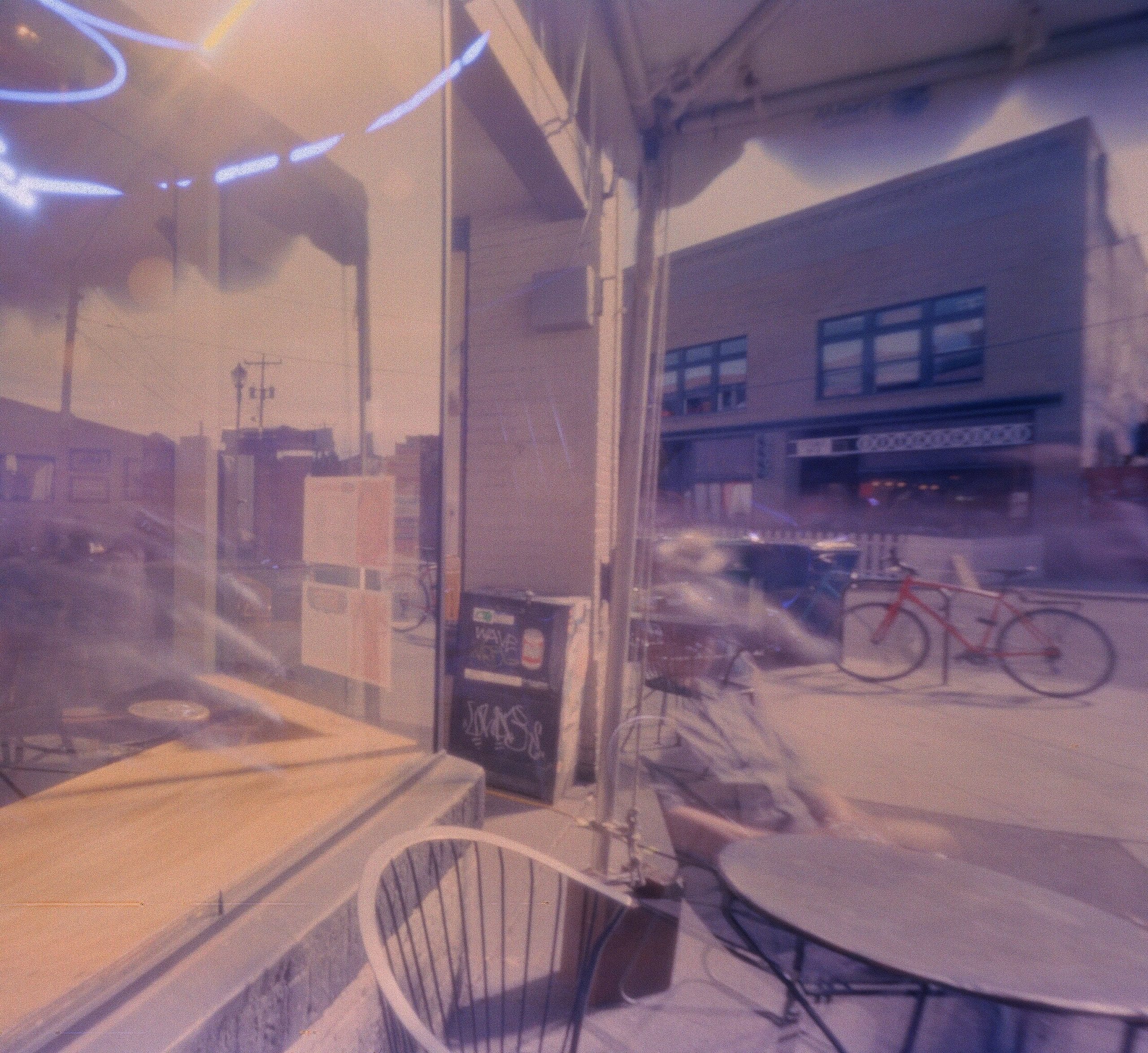 Every year Photo Center NW in Seattle sponsors a fund raiser called Long Shot.  Essentially everyone shoots within the same 24 hour period and a week later a pop show happens with one juried print from everyone who registered and submitted.  It’s a great excuse to shoot even in the throes of life.  This year, Saturday, June 10th, the Long Shot coincided with the Georgetown Carnival where I have manned the Spin Art booth for I don’t know the last ten years….In the midst of spinning records with lots of paint involved I took some pinhole photos.  I used my old Zero 2000 and had it set on the inside for a rectangle view and advanced it as if it were set for a square view.  I got overlap and no frame lines, just as I hoped I would.  They negatives  are dense and grainy and very very colorful.  I  submitted four images to Long Shot (LongShot) of which there are a few versions here.  One was chosen from each person submitting for the pop up show.  The top image on below might be my favorite of the bunch. My shadow, the Spin Art Booth made with  the Zero 2000 on color negative film and it was chosen to be in the show! 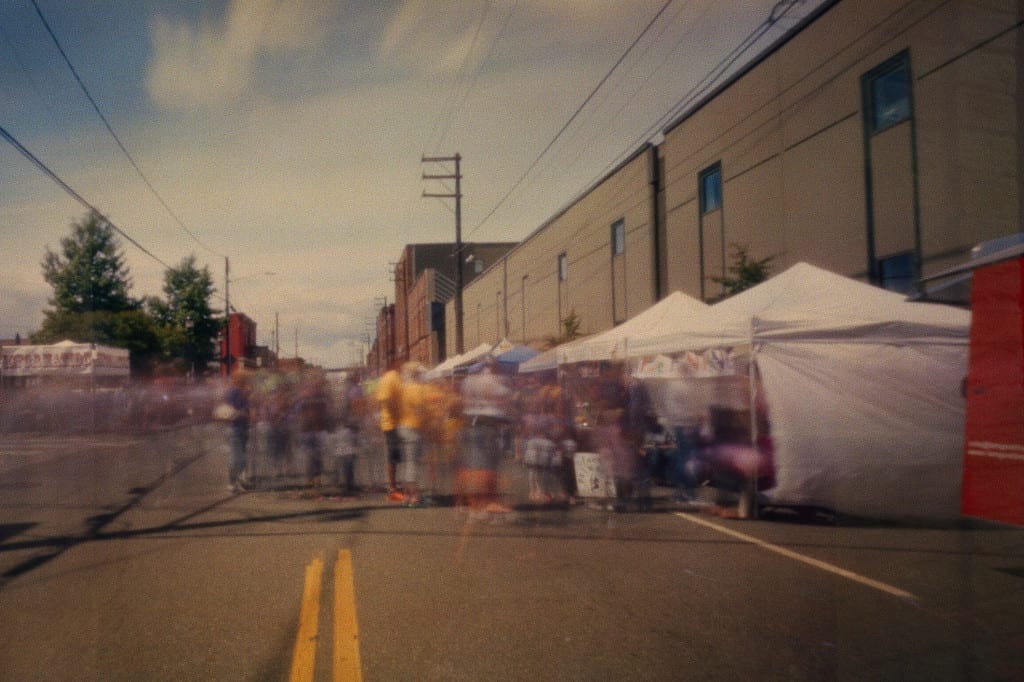 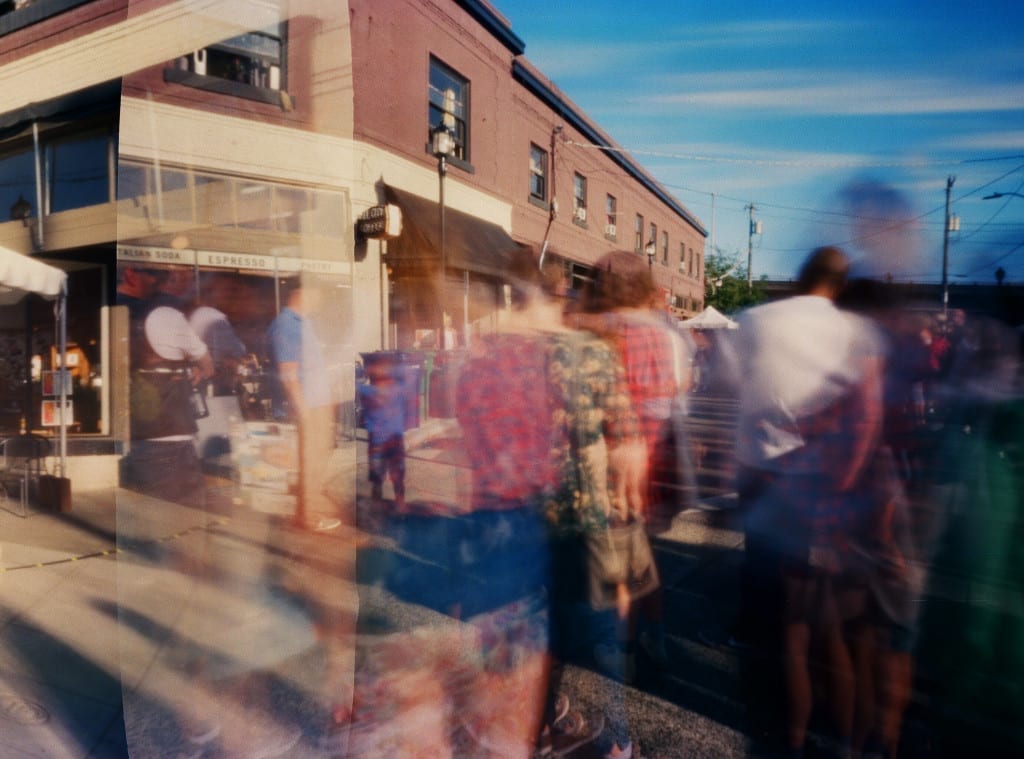