The Pinhole Project on a King County Metro Bus Shelter! 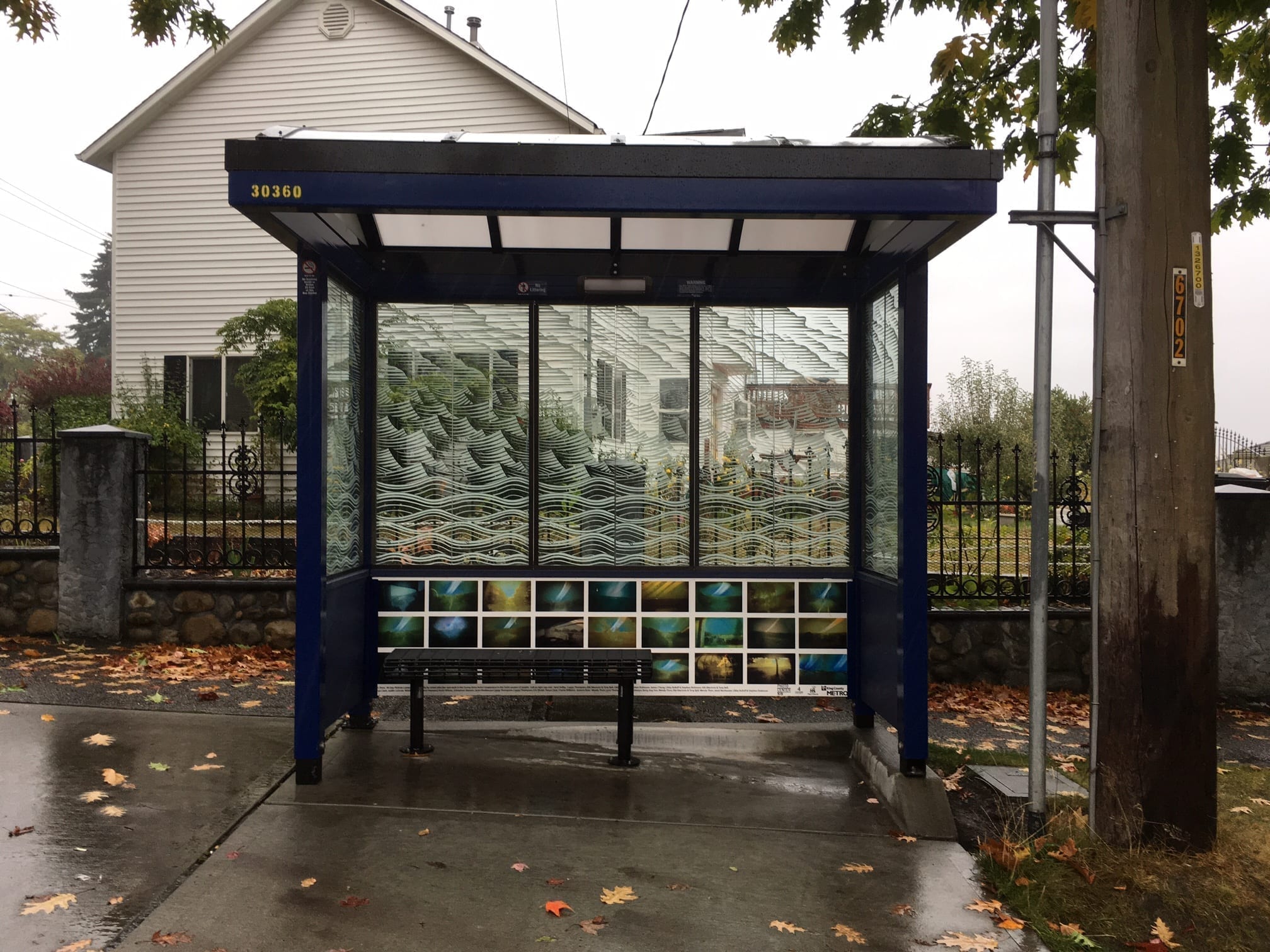 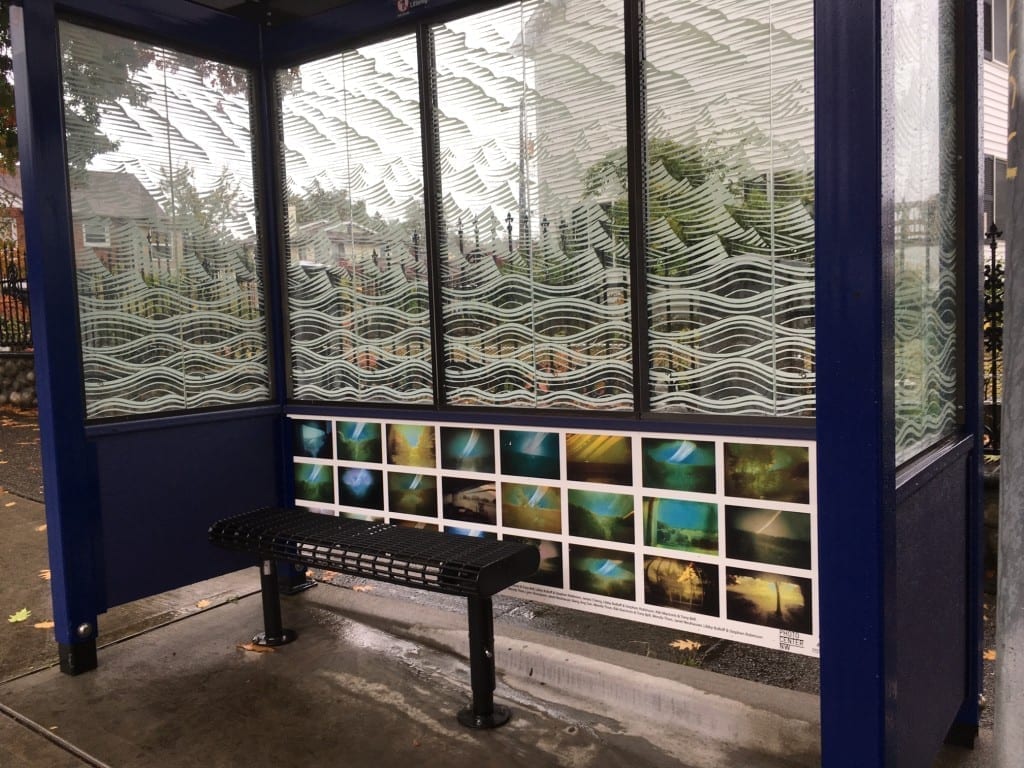 Over two years ago, the artists at the Sunny Arms, the building where I live and work, agreed to expose pinhole cameras out their windows for 90 days, from the Summer Solstice to the Fall Equinox.  The results were so spectacular that everyone agreed to expose cameras until we had covered each season.  The project came  to be called, Out There:  Pinhole Images from the Sunny Arms Artists.  Over the course of the next two years (the time it took us to expose all four seasons), over 100 images were made from our windows.  The residents changed, but the pinhole cameras continued to be exposed.  You can see an update on this project in this blog,  https://www.janetneuhauser.com/out-there-an-update/ that was published in 2015.

When I heard about the public art project called City Panorama, I was inspired to submit the first season of Out There to it.  Sponsored by Photographic Center Northwest, King County Metro and 4Culture, the project has placed hundreds of murals in the last six years on bus shelters throughout King County.  I am pleased to announce that the Sunny Arms first season of Out There has been placed on a bus shelter on Beacon Avenue South and South Holly Street, just up Beacon Hill from our building.  A great big thanks to all three organizations who have sponsored this wonderful project.  A great way to make our bus shelters more inviting and show off the photography of so many people throughout King County.

On the Photographic Center NW website (pcnw.org) a description of the project is as follows:

The City Panorama Project began in 2010 when King County Metro, WA partnered with PCNW to expand the public art scene in Seattle and other cities in King County. As a way to incorporate art into everyday life, to beautify Seattle and other cities served by Metro, and to make new perspectives and ideas available to all, the City Panorama Project seeks photographic artwork that will accomplish these objectives while increasing the visibility of the photographic arts. Over 450 photo murals have been installed since the launch of this public art project in 2010. This annual project is funded through a 4Culture grant and now enters its sixth year.

So special thanks to the Sunny Arms artists who collaborated to make this project happen and to all the Seattle and King County organizations who also collaborated to beautify our county.  I am honored to be a part of this.  If you are in the neighborhood be sure to stop by “our” bus shelter and oh, don’t forget to take the bus much more often! 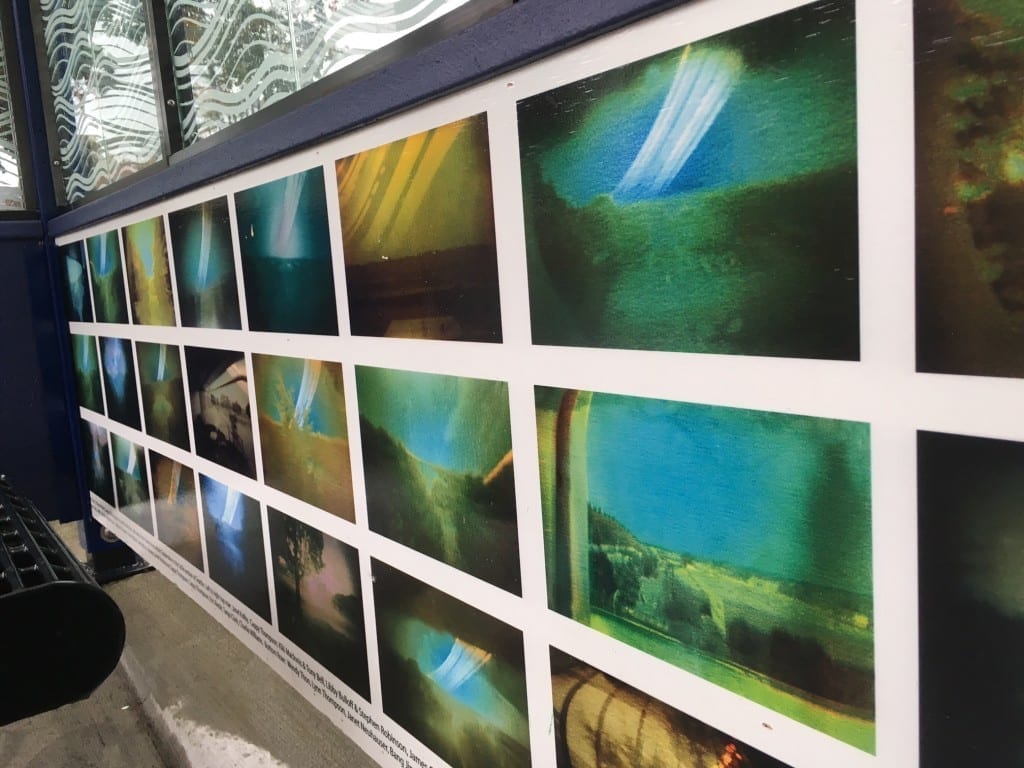