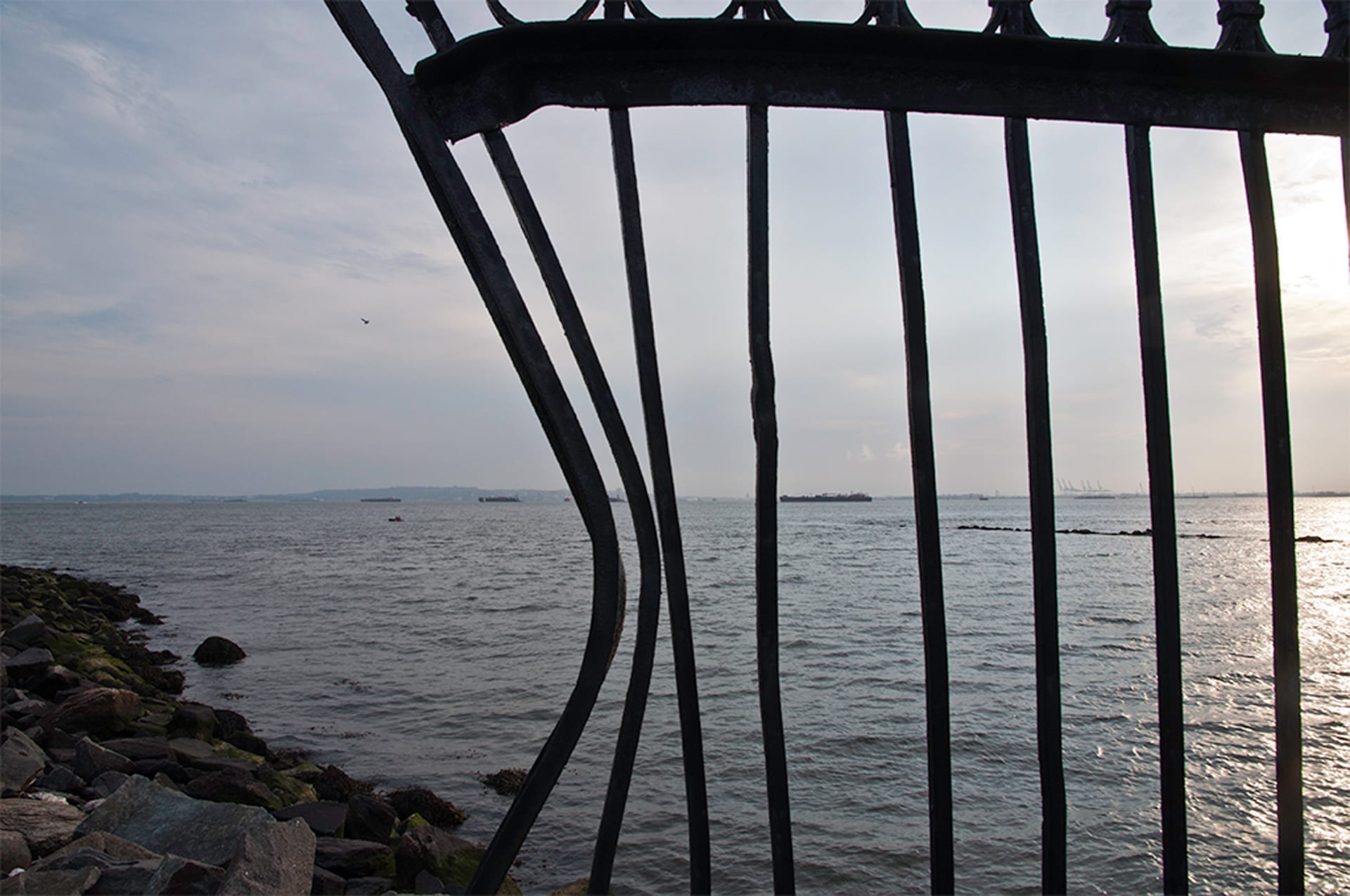 Last summer I spent two weeks in my old neighborhood in Brooklyn, Red Hook and shot steadily every day.  My first thought was that I would rephotograph my favorite images from the 1980’s.  The problem was that the neighborhood had changed so much that I could not find the exact location of many of the images.  I was disappointed and have not edited the images too much since then.  But lately I have started to  edit and realized that though I did not rephotograph the old images, I was working in a similar vein, on the edges, on  the dead ends and in overgrown lots and streets.  I loved the wild edges of the harbor then and was happy to see that still they  exist.

The changes in the neighborhood have been significant, as most people know, the area has been  “gentrified.”  Now this is not necessarily a bad thing, but for me  the  big change is one called air conditioning.  The eleven years I lived in the Hook, I did not have air conditioning nor did most anyone else.  At night, everyone was out enjoying the cool breeze off the harbor and everyone knew everyone else.  Now, the streets at night are empty.  People aren’t sitting outside, talking to their neighbors.  I missed the connections, the way everyone knew my name back then  and the way my neighbors looked after each other.  The streets were never empty in the old days.  Still last summer,   I walked the streets and   ran into a few old timers who remembered me and they laughed when I showed them the old photographs and said, oh, you will never find that again.  But I did find the edges and realized that was what I was looking for all along.

Here are a few examples of the new work from the Hook.  I hope to have a portfolio up on the website soon. 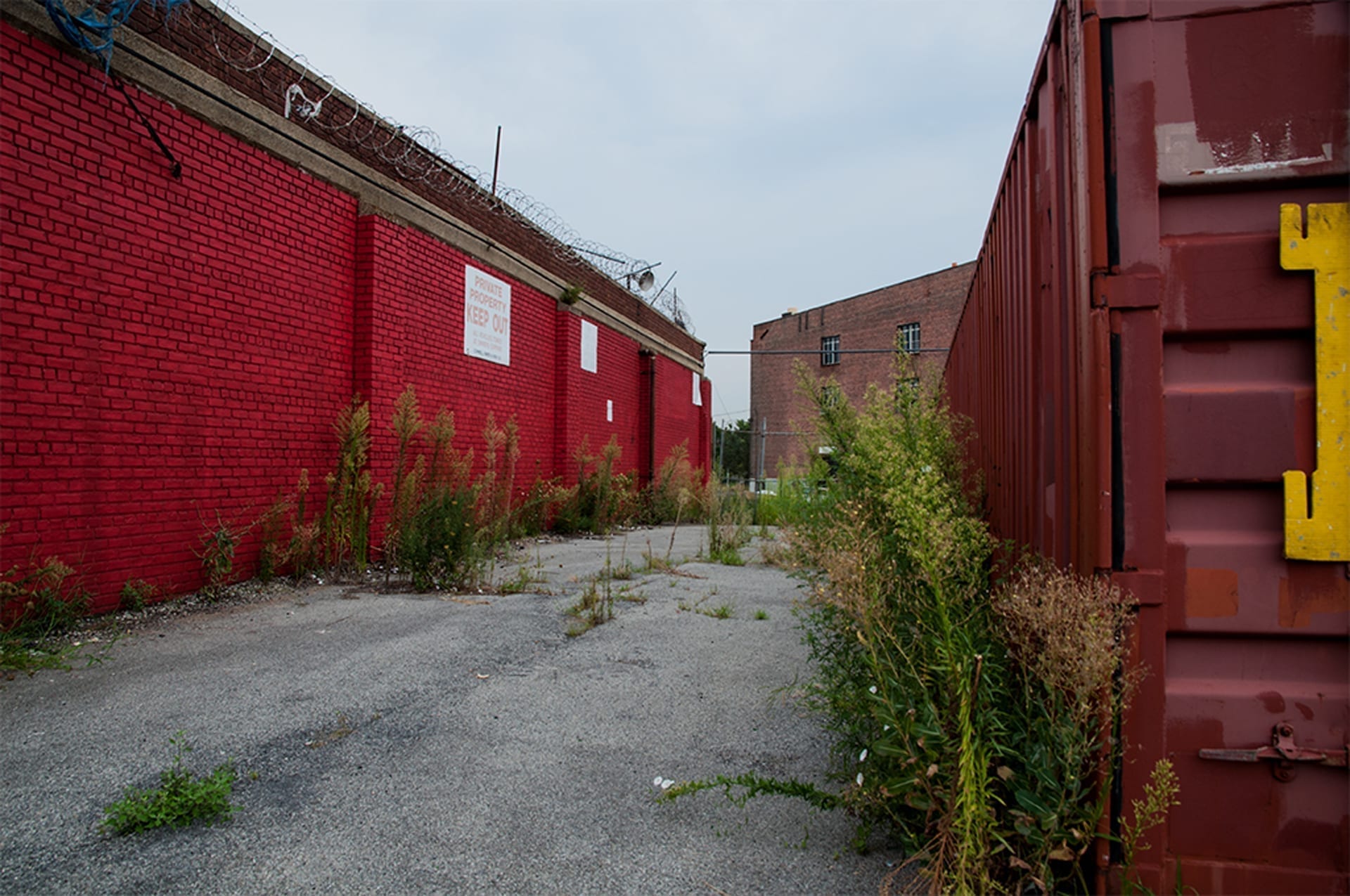 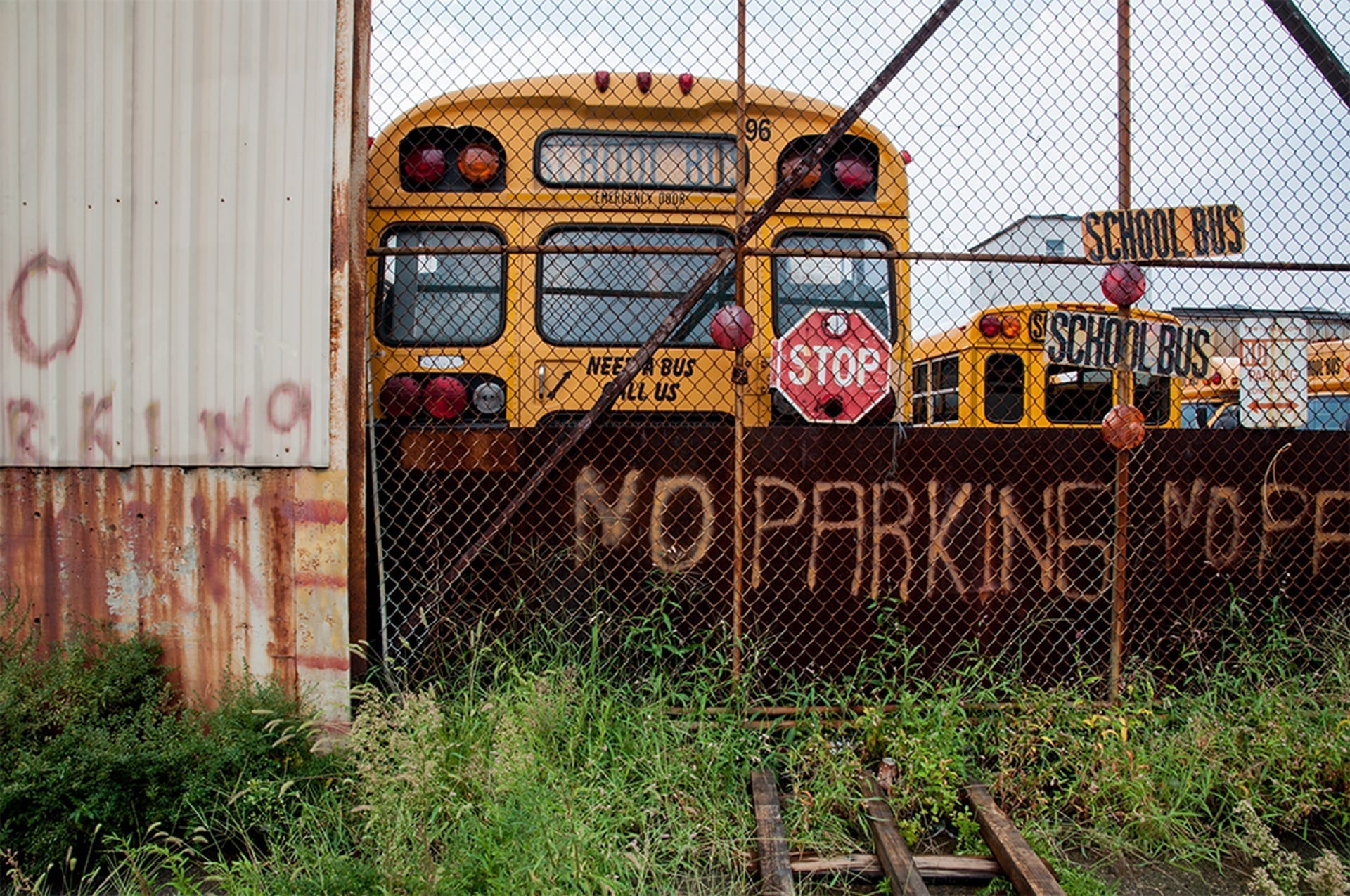