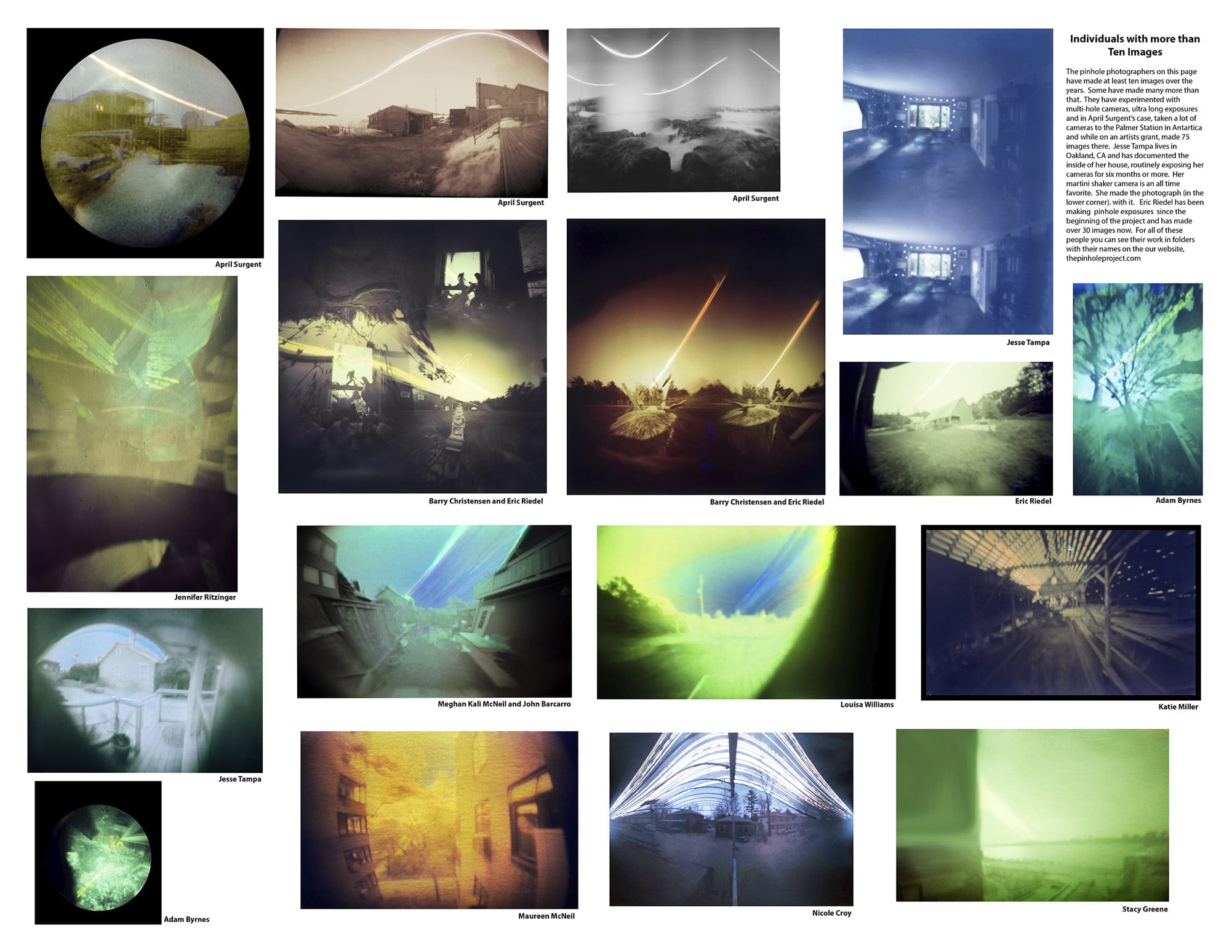 Recently the Pinhole Project received  a storefront window in the South Lake Union Area sponsored by Shunpike.  This storefront is a 12 foot long window that will house  some of the Pinhole Project images for about three months. It will house a very small percentage of the images in the archive.  The window  is three feet deep and I will be putting prints up on the wall and cameras up on the window (from the inside).  The goal is to photograph during the duration of the installation and refill the cameras as I empty them and put up recent prints.  So far I have some cameras to put up, and nine small round tins which will be in a grid.  I am glad to have this opportunity and am printing photographs  wanting to print many more.  I love the simplicity of this photography.   The image below I printed originally but recently a ten foot print was made for the window.  This First Season of the Sunny Arms Artist Project, “Out There” is featured here.  The Sunny Arms artists exposed pinhole cameras from their windows looking out, from Equinox to  Solstice, a total of four times (all four seasons of the year, 90 days each season).  The building  is in South Sodo, five stories, in an industrial neighborhood;  decidedly not beautiful but these images make it seem so. The first season, below is on a bus shelter  at South Beacon Avenue and South Holly Street. I knew it would print well large.  The bus shelter project was sponsored by  the Photo Center NW and King County Metro;  they put photographs on shelters all over King County.  (Go here for a previous blog post on the bus shelter project).  Take a look.

I have been poring over all the Pinhole Project images.  Each day brings new choices.  With almost four thousand images in the archive it is difficult to choose.  I have been printing from different “galleries” or folders on the website.  One print I have done is from people who have shot at least ten images and now they have their own  folders on the website.  I am not done yet but I printed this one yesterday. 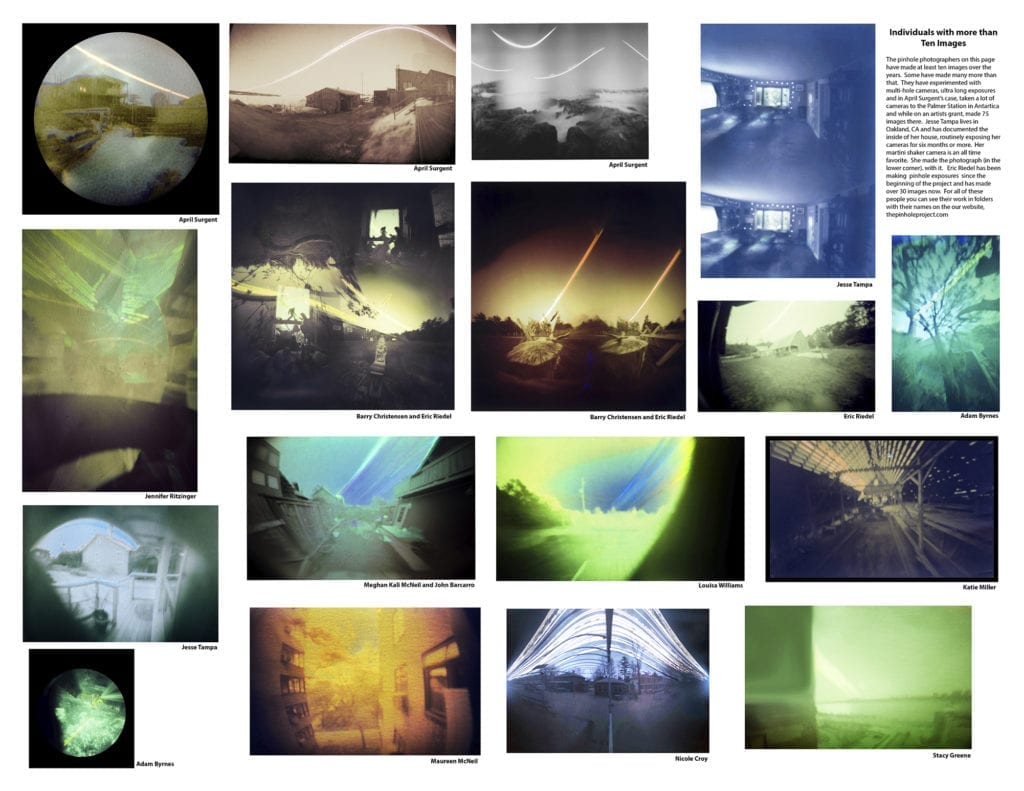 These big pieces of paper are 22 x 17 inches. I think I can only fit six in the installation. On the window, inside looking out will be several pinhole tins that will be taking photographs of the street.  I will use several tins and put a print on the window next to the camera so people can understand how they see.  I have a saltine tin two hole that has been used three times.  The problem is, I only have crazy photographs from that camera, it must a camera with the crazies.  My brother, Steve Neuhauser,  used the camera inside his boathouse where he lives on his boat.  This is what he took a photograph of. The featured image is also from the Saltine Tin.

This image was made in a old Poinsettia covered Christmas tin.  I think it must have held cookies.  It is the perfect shape for a two hole camera.  This I took during the pandemic, hung the day the lockdown began and finished on April 26th.  I am planning on using it in the window too.

So if you need something to do during the summer, go downtown after June 1st, the install date.  Park in the South Lake Union Area (SLUA) and walk over to Boren and John Streets.  You can see all the images that are up and stand very still for oh about a week and you can be recorded on the cameras in the window.  If you walk around there are several other artists with windows in the area, I think 8 total.  There will not be a formal tour of the windows by Shunpike this year as in the past. But you can walk around down there and it is a pleasant neighborhood.  Thank you #Shunpike for this opportunity.  The featured image is one of the big prints I made with a lot of images on it. You can see the image in its entirety at the Storefront.  I will post some photographs of the installation when it is installed.  Thanks for reading.  And get a camera and join the Pinhole Project.